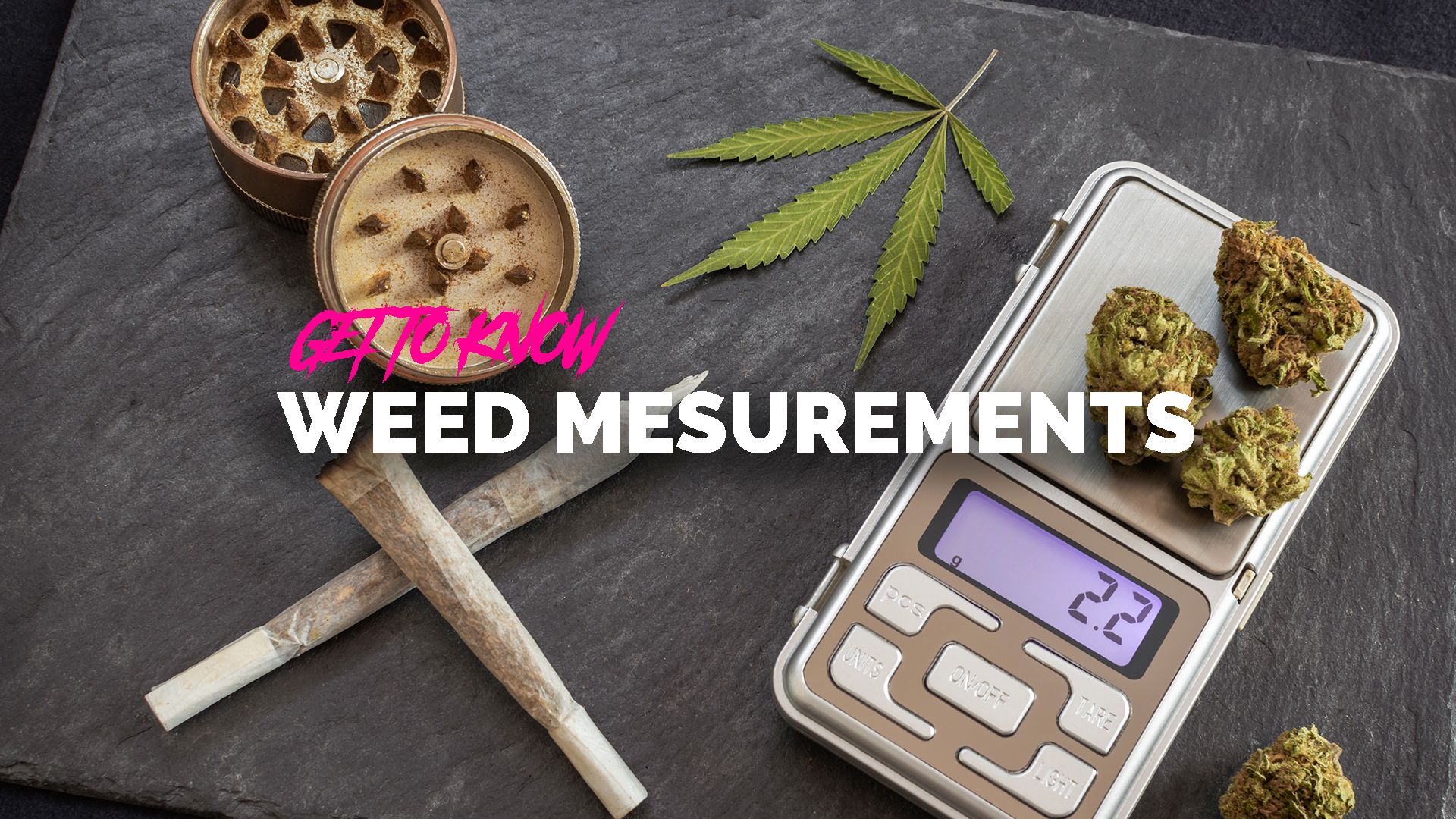 Weed has come a long way—from growing methods to the proliferation of strains; cannabis use has seen tremendous change over the years. Even so, one thing has remained consistent: weed measurements.

And if you are a newbie, you might probably ask, “how hard can it be?” However, you would be surprised to find that the cannabis measurement system puzzles experienced tokers and budtenders alike.

Did we mention the various slang terms used to refer to different quantities? You may have heard people use words like “how much for an O” or “half a zip.” Not to worry, the HIKEI team prepared this guide to ensure you get the measurements right, so you always have enough for your solo or group sesh.

One thing to note is that every dispensary and cannabis brand has its unique method of distributing nugs. For instance, some may come pre-measured, while others offer an a la carte option.

Weed measurements generally look at two things: weight and cash value. The former is the most popular method, especially in states that have legalized cannabis. The weight method uses the metric system. And typically, a gram is the lowest weight you can ask for in most dispensaries.

The use of cash value for weed measurements is an outdated method. However, it’s possible to hear it in areas where weed is still illegal. Also, this slang term has stuck for some users. 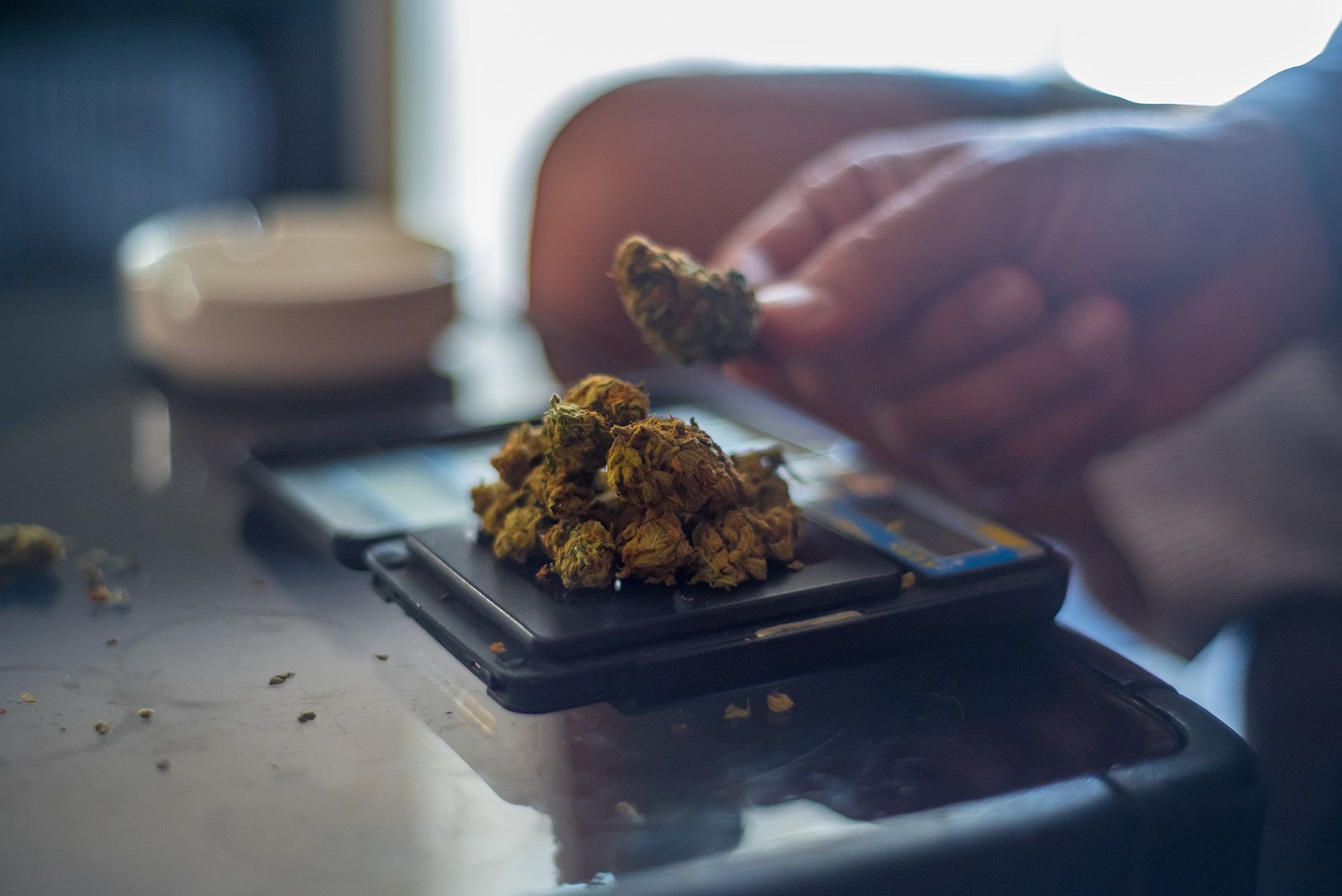 One gram of weed is a small amount to purchase; think of a string or paper clip. Asking for a gram means getting a few pieces of nugs, probably enough for one session. As a result, most budtenders will nudge you to pick a few more grams, especially if it’s for medical use. Note that a gram is similar to a dime bag. And, it may go for about ten to twenty dollars for a medium-quality weed strain.

A dub of bud is equal to two dime bags. Price differs depending on state and strain. However, expect to pay about $20. Usually, it would be enough to roll five joints and a similar number of weed bowls.

An eighth of an ounce is commonly referred to as a slice or a half quarter. It contains 3.5grams of weed and can last you a few days (up to a week). This amount is also enough for rolling about ten small joints or seven medium ones. The average cost is $50, again based on location and strain. It can get pricier if it’s a new strain that everyone is gushing over.

A quarter of a bud weighs 7 grams. This amount may last you several weeks and is enough to roll around 25 small joints or 15 huge ones. We recommend getting a glass container that’ll keep your nugs fresh. Also, a ¼ is perhaps the ideal amount to have in storage if you prefer smoking different strains throughout the week. The prices range lies between $50 and $70.

Half an ounce weighs 14grams. And if you partake in a gram daily, this amount will last you two weeks. Note that ½ an ounce is cost-effective as it’s considered a bulk purchase. You can roll about 40 joints which is a lot for moderate tokers. The average price is anywhere between $120 and $150.

An ounce is perfect for the OG tokers. It weighs 28grams, and depending on your state’s purchasing limits; it’s not always available. Luckily, this is the maximum amount you can purchase at your local dispensary in California. An ounce is enough to roll about 80 joints. This quantity costs anywhere between $150 and 300$ based on the quality.

The best part about getting an ounce is the discounts. Surprisingly it would cost you less for a zip annually than if you constantly bought weed in grams. Remember, you’ll need to up your storage game to ensure your favorite strains remain fresh.

A quarter-pound weighs 112grams which is equal to 4 ounces of weed. Unless you are running a business, having such an amount could get you in legal trouble. The only scenario where buying a QP would make sense is to split between four people. Even then, it’s only wise if you are getting discounts for such a purchase.

The measuring system for edibles is in milligrams, and it applies to the entire package and not one serving. So if your gummies packet says 200mg and contains 40 pieces, it means each serving weighs 5mg.

Most slang terms stem from the metric and imperial systems. 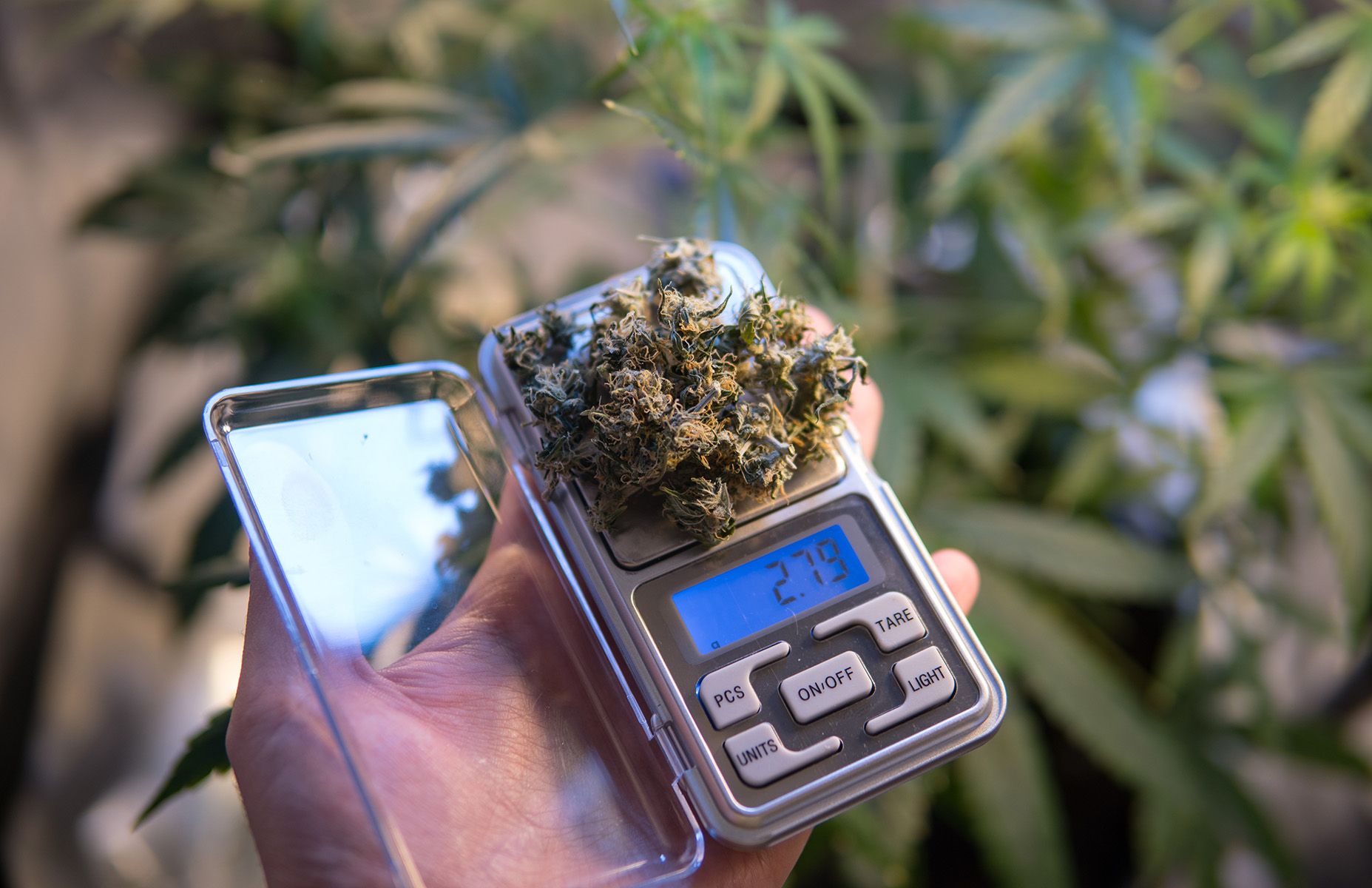 We hope this post has been informative. You no longer need to eyeball the amount of weed you purchase. Remember, some buds may appear fluffy, but in reality, they weigh less. In contrast, other nugs appear dense and smaller but contain more.

What’s more, smaller bags are costlier. Therefore, consider making a bulk purchase as it gives the best bang for your buck. In the case of homegrown cannabis, a digital scale will provide a more accurate weight than analog types. One thing to bear in mind is that moisture affects the weight of your nugs. So don’t be surprised if an old bud feels lighter.

Finally, while it is tempting to buy from the black market, a local dispensary like HIKEI is the best bet. Our budtenders are transparent and will weigh your purchase to ensure you get value for your money. Moreover, we guarantee safe, top-shelf products at an affordable rate. Get the complete list of available nugs, edibles, and topicals here.