Plato once said, “Nothing in the affairs of men is worthy of great anxiety.” True, for an aristocrat in Ancient Greece who had just spent 12 years of his life vacationing through Italy and Egypt. Fast forward nearly two millennia and the struggle for a lot of people is real.

According to the Anxiety and Depression Association of America (ADAA), anxiety disorders are the most common form of mental illness in the United States. If you’re one of the 40 million people affected, medicinal marijuana might be a good option for you.

What follows is a short guide to help you navigate through some of your cannabis options.

See our in depth article https://wehikei.com/blog/best-weed-for-anxiety on anxiety Before getting into the weeds (and to the weeds), we’d be remiss to not say a few things about anxiety.

It’s a mental and physiological reaction to situations that are perceived stressful and/or dangerous. While there’s widespread medical consensus that experiencing some degree of anxiety is normal (and even good for you), it becomes a disorder when it’s excessive, persistent, and prevents you from carrying on your normal life.

Anxiety disorders develop from a complex set of factors that can be both biological and sociological in scope, such as genetics and life events.

There are many anxiety-related disorders, some of which include the following: 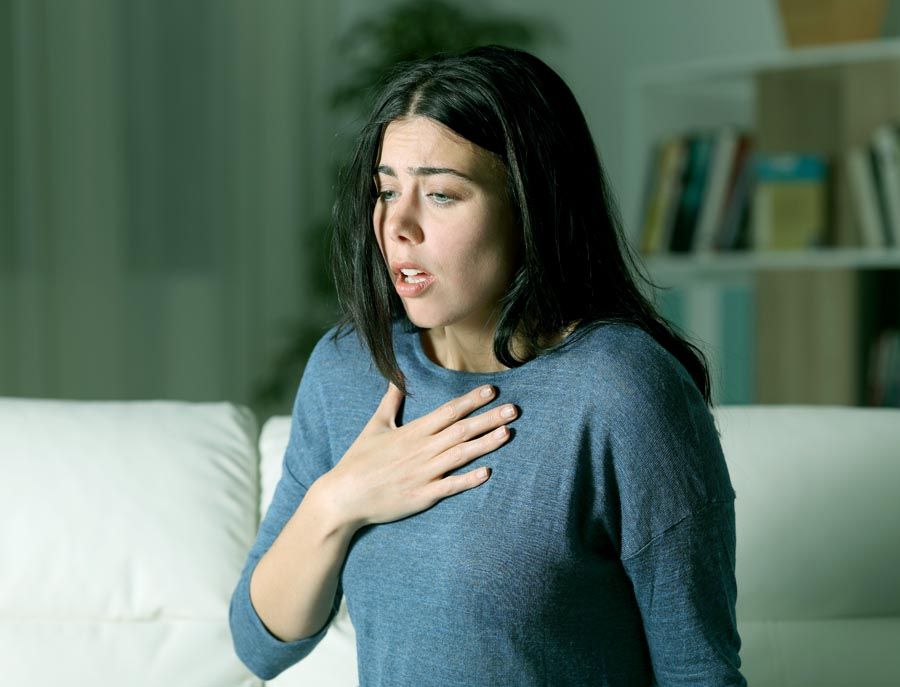 Conventional treatments are therapy and prescribed medication, which are often done together. Transcranial magnetic stimulation is another form of treatment that is now FDA-approved. And then there’s “complementary and alternative medicine,” which includes things like yoga, meditation, and acupuncture.

The bad news: despite what appears to be a lot of options, less than 40% of people receive treatment in the United States.

“Why,” you might be asking yourself. Because people lack access to treatment, which is the main reason behind America’s mental health crisis.

While studies on treating anxiety with cannabis are still in their infancy, there’s been a recent wave of scientific publications with preclinical and clinical evidence showing its efficacy in treating mental disorders. In particular, these studies have focused on CBD, the second most prevalent cannabinoid found in the cannabis plant, because of its calming effect on the central nervous system.

Despite most studies focusing on the therapeutic benefits of CBD, THC, the main psychoactive cannabinoid found in the cannabis plant, has also been reported as a possible treatment for anxiety. Important to note, however, is that too much THC can actually lead to increased anxiety, which underscores the importance of small and controlled doses when it comes to this cannabinoid.

“Okay, okay, so that’s what scientists say. What do folks on the ground say, those who actually take cannabis for medicinal reasons?”

Well, their anecdotal evidence supports the science. In a large cross-sectional survey of nearly 15k medical marijuana users (conducted in 2018), 90% said marijuana was highly effective in treating a wide range of symptoms, including those associated with anxiety.

At a high level, the commonly reported benefits of using marijuana for anxiety include increased relaxation, improved sense of calm, and better sleep.

“So what’s the best weed for anxiety?”

Since some indica strains more so than sativas have higher doses of CBD (and lower doses of THC), they would appear to be the better option based on the therapeutic properties of CBD.

Another reason indica strains would at a glance appear as the better option is because of the mellow ‘body high’ they’re known for producing, as opposed to the more energetic ‘head high’ of stativas.

While many indica strains are indeed great options, one should not discount sativa strains or the large variety of hybrids. This is because CBD:THC ratios widely vary among the so-called indica, sativa, and hybrid strains (despite popular narratives), so much so that a sativa strain may actually have a much higher CBD:THC ratio than an indica.

Another reason is because of the therapeutic properties associated with THC in low doses.

With that said, what are the best strains?

Unfortunately, there’s no universal guide outlining the best weed for anxiety, but we do have a few recommendations (in no particular order) based on what lots of people have said has helped them.

ACDC : A sativa-dominant strain with a very high CBD:THC ratio, known for having little (if any) intoxicating effects and for treating various ailments including pain, anxiety, and epilepsy (among others).

Blackberry Kush : An indica-dominant strain with a low CBD:THC ratio, known for being extremely relaxing and popular at nighttime to treat insomnia, as well as nervousness and anxiety.

Canna-Tsu : A hybrid strain with a high CBD:THC ratio, known for producing a calming effect and for treating various ailments such as pain, inflammation, and anxiety.

Jack Herber : A sativa-dominant strain with a low CBD:THC ratio, known for producing an energetic head high and often taken for depression and anxiety due to its positive mood boost.

CBD Critical Mass : An indica-dominant strain with an even CBD:THC ratio, known for producing a light and gentle high and often taken for nausea, pain, and anxiety.

Harle-Tsu : A hybrid strain with a high CBD:THC ratio, known for having little (if any) intoxicating effects, and often taken for lowering anxiety and boosting one’s mood.

Sour Tsunami : A slightly sativa-dominant strain with a high CBD:THC ratio, known for producing a mild high and commonly taken for insomnia, stress, and nausea.

Granddaddy Purple : An indica-dominant strain with a low CBD:THC ratio, known for delivering both a head and body high and often taking for pain, stress, and anxiety.

Remedy : An indica strain with a very high CBD:THC ratio, known for having little (if any) intoxicating effects, and often taken for pain, inflammation, or headaches, but also for anxiety and stress.

Sour OG : A hybrid strain with a low CBD:THC ratio, known for starting off with an energetic high, and often taken for depression, nausea, or anxiety.

“Marijuana or something else?”

Circling back to the point about access (or lack thereof), if you’re one of the millions of people who can’t treat your anxiety through conventional medical channels, then medicinal marijuana might be a great option for you.

But even if you can, just like yoga, acupuncture and the like, it might be a great “complementary and alternative” form of medicine, especially if you're looking for a natural substitute.

Either way, be sure to consult your doctor first about whether medicinal marijuana could indeed be a good option for you.

Best Place to get Weed for Anxiety

Come to HiKei Modern Cannabis to chat with our budtenders to learn more about the various cannabis strains that could help with your anxiety. We’re proud to offer the best cannabis selection in San Diego - not just for recreation but for medicinal purposes as well.