My buddy Rick has been smoking weed for a long time, and he only smokes indica flower. Why, you might be asking yourself. Well, to be completely honest, I’m not totally sure. When we hang out we drink beers, and over the 15+ years I’ve known him we’ve never talked about the reasons for his weed preferences.

With this article, not only do we seek to answer the Rick riddle without asking him directly (what fun would that be), but we also hope it serves as a useful guide for people wanting to learn more about their cannabis options, particularly indicas.

What this article does NOT cover: the scientific controversy regarding the taxonomic classification of cannabis. We’ll leave that to the folks in lab coats and fancy quotes.

Instead, this article covers what indica flower means in practice, i.e. what this type of cannabis means to growers, retailers, and consumers.

Specifically, this article touches on the following topics:

Before diving in, however, what a lousy historian I’d be if we didn’t start from the beginning.

The naming of indica stems from the Enlightenment and is credited to French biologist JeanBaptiste Lamark.

In his 1785 Encyclopédie méthodique, Lamark proposed a new species of cannabis based on the samples he had received from India, from his friend Pierre Sonnerat, the French naturalist.

Lamark provided a botanical description of how indica differed from European sativa, in stem, leaf, and sexual organs.

He also described the psychoactive effects resulting from consuming the indica plant, stating:

“The principal effect of this plant consists of going to the head, disrupting the brain, where it produces a sort of drunkenness that makes one forget ones sic sorrows, and produces a strong gaiety.”

Indica versus Sativa in a Modern Context 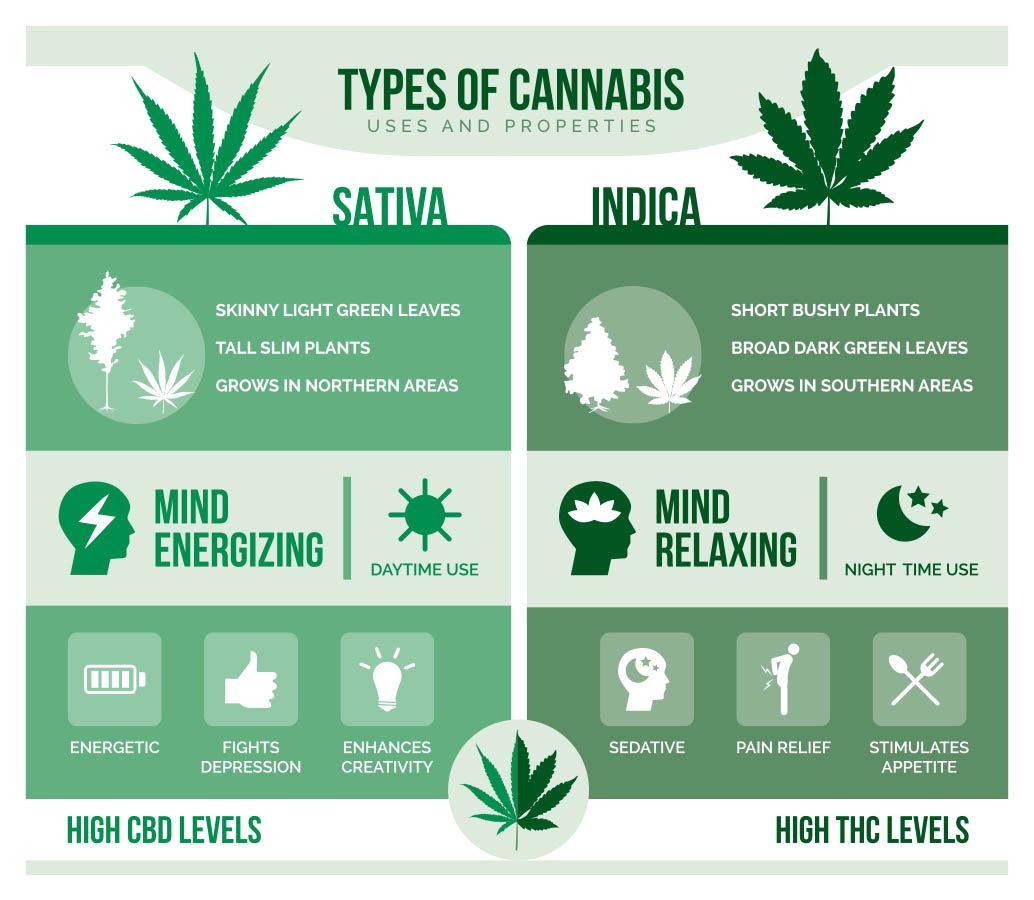 Both types of cannabis plants usually smell different, which is likely due to different terpene profiles.

While there’s a wide range of indica and sativa strains, the range of hybrid strains is even larger, and, given the last half century of crossbreeding, some even say there really aren't any pure indicas or sativas any more.

Nonetheless, the kind of ‘high’ a cannabis plant produces is ultimately determined by its specific set of compounds - cannabinoid and terpenes - and how a person’s body interacts with them. That’s to say, two people may get a different reaction from the exact same flower.

Regarding THC and CBD levels (the two most common cannabinoids), indicas and sativas can both have varying levels of each depending on the strain - so some indica strains may be higher in THC, or CBD, some sativa strains, and vice versa.

How to Grow Indica Cannabis

There’s a lot of great information on the web that can steer you in a more detailed direction, but for purposes of this article, we’ll provide a high-level overview of growing indica.

Considering original environment In the Asian steppes, which is where indica cannabis comes from, the winters are brutal and the changes in the weather are sudden.

This is why indica cannabis has a shorter growth cycle, and why it fares better than sativas in colder climates.

This also explains the physical characteristics of indica cannabis: being short and stocky helps it thrive in harsh environments.

If you're looking for a quick harvest and for growing in small spaces, indica cannabis might be ideal for you.

You’ll first want to pick the right strain. Many recommend an indica-dominant hybrid over a purer indica since hybrid strains are more robust - all the more important if you’re new to the game.

The vegetation phase In order to get the highest yields, you’ll want to pack your grow space with as many plants as possible and grow them short and fast. This means limiting the amount of time they spend in the vegetation phase.

The flowering phase Change your lights to a 12/12 schedule to trigger flowering. Keep your grow room relatively humid and make sure it maintains a cool breeze at all times.

Since indica strains are naturally conditioned to sharp changes in weather, you’ll want to drop the temperature in your grow area at night 10-15 degrees.

Once the buds have fully matured, which is usually between 45-60 days, it’s time to harvest your plants.

Unless your job entails sleeping or some form of major relaxation, then don’t take indica flower before work.

Indica produces a ‘body high’ and makes you relaxed, creating what many people call ‘couch lock’, which means exactly what it sounds like: being locked in your couch.

As such, the best time to take indica is at night time, or perhaps to wind down after a long day of work.

Smoking it: the conventional way of taking indica flower is by smoking it, which can be done in a joint or blunt, a pipe or bong, or some other device that allows you to pack the flower and heat to produce the cannabis smoke.

Eating it: another common way to take indica flower is by eating it. Initially this was typically done in brownie form, but now people make all kinds of foods with indica flower, including pizza and ice cream.

Drinking it: cannabis juice is newer than the two other options, but it’s becoming increasingly trendy. To do this, you’ll need to finely grind your indica flower of choice and mix it with your juicing ingredients. Then bottoms up!

Indica flower has a wide variety of therapeutic health benefits, some of which include the following:

Some of the most popular indica strains include the following:

Who is Indica Best For?

Where to Buy the Best Indica Flower in San Diego

At HiKei Modern Cannabis, we’re proud of having a huge selection of indica flower. Come chat with our knowledgeable budtenders who can set you up with a strain that’s best for you. We’re looking forward to your visit!